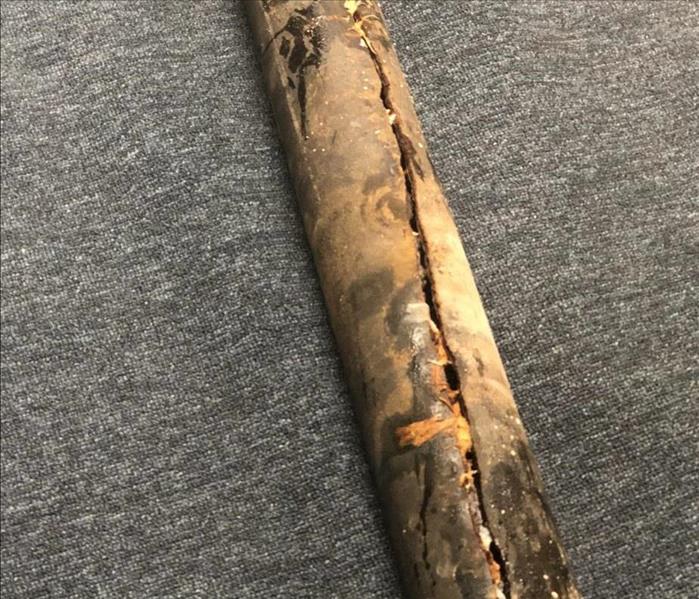 When a pipe burst in the ceiling of the church basement gameroom, action had to be taken quickly to minimize any damage done to surrounding rooms or contents. All games, furniture and contents were relocated to another room of the church while construction was done to the room. Ceiling tiles had to be removed to access the broken pipe, affected carpet was removed, cove base was taken off the walls to allow air movement to the sheetrock. Specialized equipment known as an axial air mover was used in this room to move air around and dry the ceiling while dehumidifiers helped to dry the air in the room. After everything was dry the church was able to get contractors in the room to replace the carpet, put the cove base back up and replace the ruined ceiling tiles and make it "Like it never even happened."