Vandalism to a Commercial Property 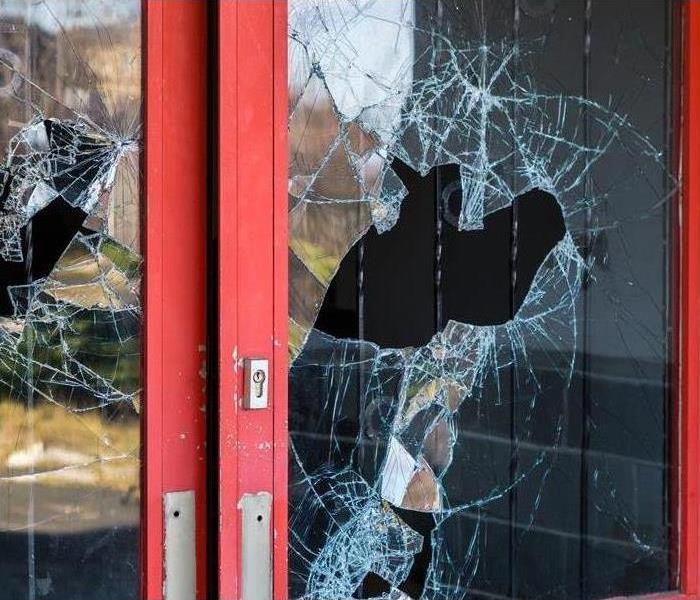 There are other services that some people are not aware that we perform. We were called into a storefront that sells jewelry. This location is known as a high-end area. The business owner has never in their 20 years in this location had a concern about some robbing their store. Unfortunately, two teens broke the front windows of the place and stole several pieces of jewelry and were able to run away before the cops arrived. Not only were the front doors broken but also several jewelry cases. There was glass throughout the store. The police department mentioned to the building owner that SERVPRO of Southwest Lubbock is a company that can handle the cleanup for them. The business owner called us, and we quickly responded. We arrived and boarded up the front door, cleaned up the majority of the glass, and secured the building as you can imagine, the jewelry needed to be taken out of all the cases and placed into a safe off-site. The business owner realized that it was a substantial amount of work that needed to be done before he could open back up. Luckily, he had business interruption insurance to cover his losses until the store was put back together.

SERVPRO of Southwest Lubbock was able to secure the area and make the store a safe place so that the owner and his employees were able to pack up the jewelry without having the risk of getting cut by glass. Vandalism is a tricky thing that many business owners are not prepared for, but if it does happen, feel free to call SERVPRO. We will be there to help and secure the area.